As Senior Editor Doug Logan put it, “It’s hard to imagine how the oceans of the world could have a better friend” than David Rockefeller Jr., who today was recognized as the 2013 YachtWorld Hero. In addition to many other environmental positions (chair of the National Park Foundation, vice chair of the Alaska Conservation Foundation), Rockefeller founded Sailors for the Sea in 2004. It is for inspiring and leading that organization that YachtWorld recognized him with this annual award.

By Sailors for the Sea, Rockefeller really means “Boaters for the Sea”—because all recreational boaters have a motivation to preserve and protect our watery playground, no matter how our vessels are propelled. “In the next 10 years I want Sailors for the Sea to become the gathering point where all boaters learn about the oceans,” he explains. He also wants us to “learn to protect the oceans -- and in effect become the blue voice for the oceans.”

Congratulations and thank you to David Rockefeller, Jr. for his inspiration and leadership. As he points out, “people whose recreational resource is at risk are the ones most likely to protect it.” 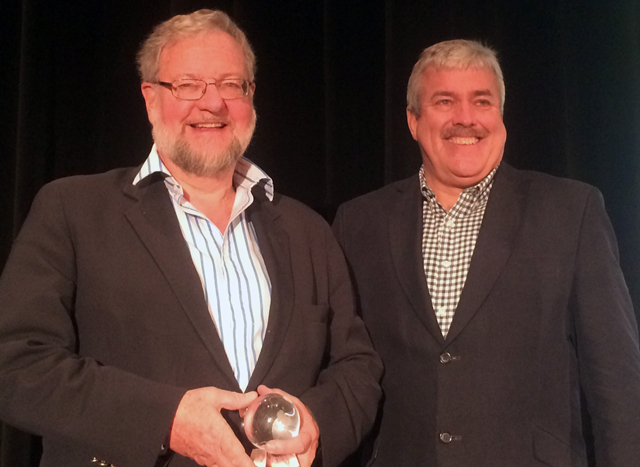 For more information about how you can help, visit Sailors for the Sea.

Written by: Carol Cronin
Carol Cronin has published several novels about the Olympics, sailing, hurricanes, time travel, and old schooners. She spends as much time on the water as possible, in a variety of boats, though most have sails.
Advertisement
Entertainment