Follow along Kass' journey through her blogs on boats.com. Other posts in the OSTAR series: Getting to the start is the hardest part | Veteran skippers provide support, encouragement

At last, the big day has arrived. 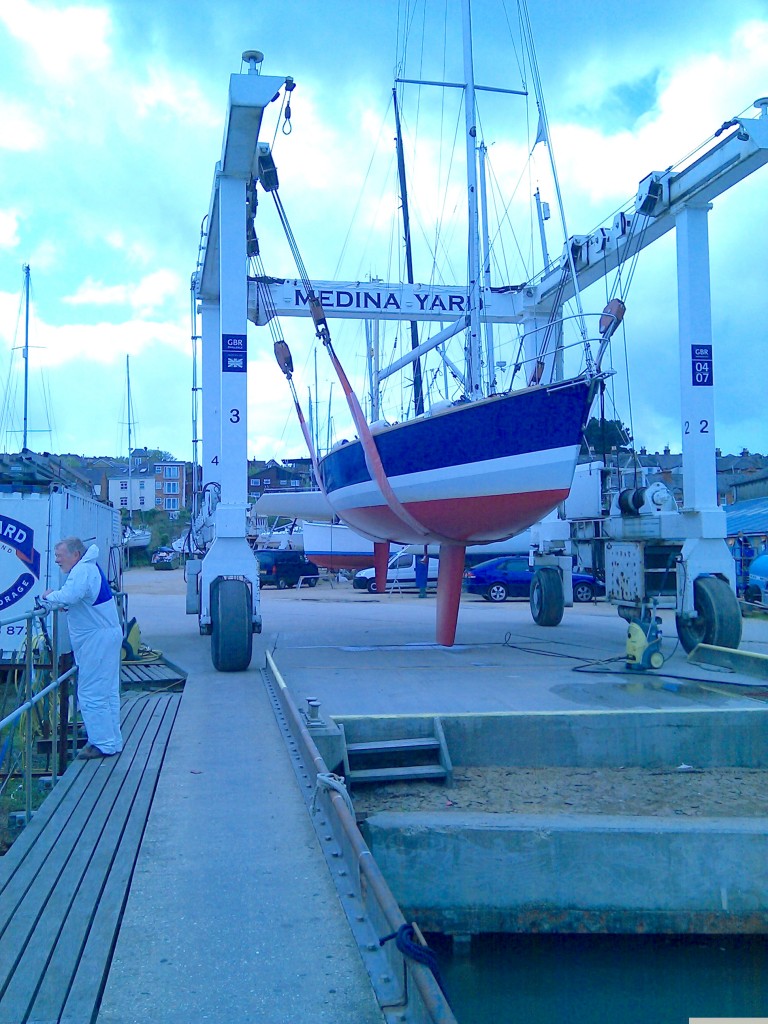 Kass Schmitt is attempting to become the first American woman to finish the Original Single-handed Trans-Atlantic Race. Her boat, Zest, has received some much-needed refurbishing.

The "three week refit" has stretched to nearly two months, but finally we are ready to go back into the water. Rupert has had to go off to Brightlingsea, on the east coast of England, to do a boat test for work, so our loyal helper Andy and I are left to launch without him.

I am really sad that Rupert can't see the launch, given how hard he has worked to get to this point, but sometimes these things can't be helped. We are still racing to get to the start of the OSTAR and can't afford any delays.

The guys from the yard drop off the lifting strops under the boat first thing in the morning, the first tangible evidence that the hoist is actually going to happen. Andy and I set to work reloading the boat from the shipping container in which we have been storing all Zest's gear.

The first priority is mooring warps and fenders, the minimum necessary to get the boat securely tied up on the pontoon. After that, we think about what we will need to go sailing, and get as much of that onboard as possible. The container and the work pontoon are at opposite corners of the yard, so we will save a lot of time if we can reduce the amount of to-ing and fro-ing after launch. 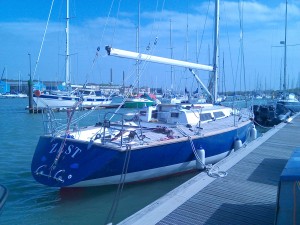 "I am left to continue working down below to the forgotten music of the water lapping against the hull."

The travel hoist arrives and we remove the ladder, then watch as Zest is lifted and moved to just next to the launching berth. The yard team leaves us to apply antifoul to the patches where the chocks have been supporting the boat in her cradle. The tide is going out though, so there is hardly time to let it dry.

The next thing I know, Zest is in the water and I'm being asked to step aboard and drive her away. There is not far to go to the pontoon — I just need to get her turned around. The wind is blowing off the pontoon at just over 20 knots, with gusts into the 30s. Zest feels like a caged animal set free, ready to romp. "Soon," I tell her, as Andy and I tie up alongside.

Andy heads off, and I am left to continue working down below to the forgotten music of the water lapping against the hull. It is bliss being afloat again, but there is still so much to do if we are to make it to the start.

Written by: Kass Schmitt
Kass Schmitt learned to sail as a member of the Wisconsin Hoofers Sailing Club while studying computer science at UW-Madison. After a couple of seasons of racing in Chicago she relocated to London, where she eventually got into cruising and racing on the south coast of England. She and her partner also keep a 30 foot yacht in Greece, on which they have cruised the Aegean extensively. She is currently preparing take part in the OSTAR on her Rob Humphreys designed racer-cruiser, Zest.
Advertisement
Boat Reviews

Nautor Swan 461: Back to the Blue Water